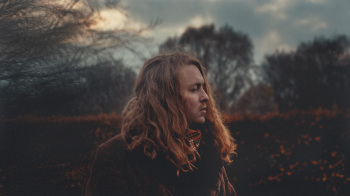 Samson For President is an independent Swedish soul man, performer, songwriter and producer. He is one of the best live acts out there and has been setting the standard on the Swedish soul scene since the release of his first demo album “Kibiriti” in 2007. He made a name for himself in 2012 with the release of his first studio album “Papa’s Old Piano” which got him featured on TV4’s Nyhetsmorgon and played on P3 and SR Metropol.

He has also performed on P3’s Musikhjälpen and was featured on the renowned P3 Soul with Mats Nileskär as a part of the new Swedish soul wave. He is a recurring performer at the classic Stockholm venue Fasching, and is also known for turning down a golden ticket for the Swedish version of American Idol.

He has worked with artists such as Mohammed Ali, Carlito, The Salazar Brothers, Isak Strand, Jonas Asker, Kristin Amparo, Malena Uamba and Soulful. He was the opening act for modern soul legend Raphael Saadiq when he visited  Stockholm and he once performed “100 Days, 100 Nights” alongside the incredible Sharon Jones and the Dap-Kings.

In the spring of 2015 Samson For President released his second studio album, Sisyphus, which was received ultimately well by the press.

“To be honest, I did not have too much confidence in Swedish soul beforehand, but Samson For President blew me away with this fabulous record. Go hear!” – Erwin Zijleman, De Krenten uit de Pop (2015)

”Samson For President live: a top class neo-soul performance with tracks stretched to its maximum, creating a mesmerizing and trippy atmosphere. Acoustics and electronics majestically blended, with Samson’s impressive appearance and voice completing the picture. A promise for the future.” – Excerpt live review (2015)

No shows booked at the moment.